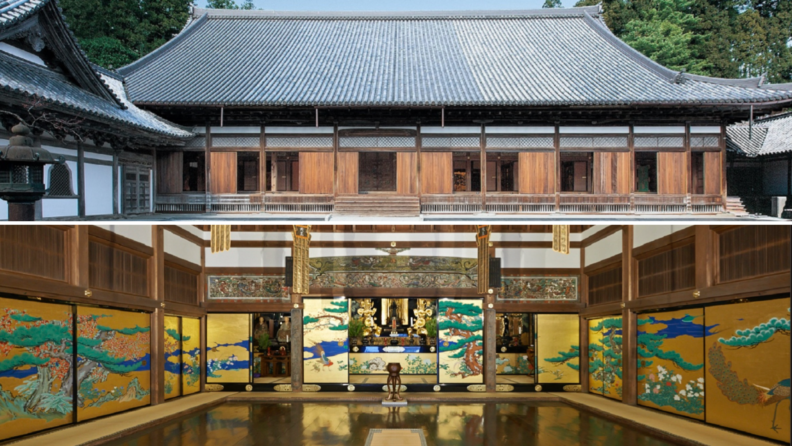 Below we explore the story of Urakasumi Sake Brewery’s Junmai Ginjo ‘Zen’ as part of a reimagined form of sake tourism – Sakagura Campanilismo.

Urakasumi’s signature flagship brand, ‘Urakasumi Zen’ has been described as the ‘spirit of Urakasumi Sake Brewery and the Saura family’ in liquid form.  Whilst released in 1973 at the brink of Japan’s ‘Ginjo Boom’, to truly understand the story of Urakasumi Zen we need to travel back much further in time to the founding generations of the Saura family, their invaluable contributions to the local community and close relationship with Matsushima’s Zuiganji Temple, family temple of the Date Clan.

Whether providing rice to starving families in times of famine, building homes for Shiogama residents after a colossal fire disaster in 1867 (forming what is now a residential area of Shiogama City, ‘Saura-cho’), or providing support for the recovery of Shiogama and greater Miyagi Prefecture following the Great East Japan Earthquake and Tsunami in 2011, the Saura family have contributed so much more to the region than just their delicious sake.

The origins of Urakasumi Sake Brewery lie in the important role of ‘omikisakaya’ – provider of ‘Omiki’ (ceremonial sake) – to Shiogama Shrine under direction from the Date clan. In its heyday, throngs of pilgrims would visit Shiogama Shrine from all over Japan, and Urakasumi’s sake was also vital in supplying the bustling community of inns, restaurants and local shops that prospered around the shrine gates. When the town began to fall into decline a few generations later, the Date lords supported many of the local businesses (including Urakasumi) with tax exemptions to ensure the town’s prosperity continued. From the very beginning, the relationship between Urakasumi and the Date lords was driven by a mutual gratitude and respect, also evident in the Saura family’s connections with the Date family temple, Zuiganji Temple, in neighbouring Matsushima. As far back as the third or fourth generation of Urakasumi owners, the Saura family sponsored the construction of a waterworks system for the temple, also renewed during the time of the ninth-generation, Moto Saura . Of all the previous generations, Moto was particularly well respected and loved not only for her incredible business skills, but her contributions to the local community. Her commemorative statue remains in the grounds of Zuiganji Temple today. 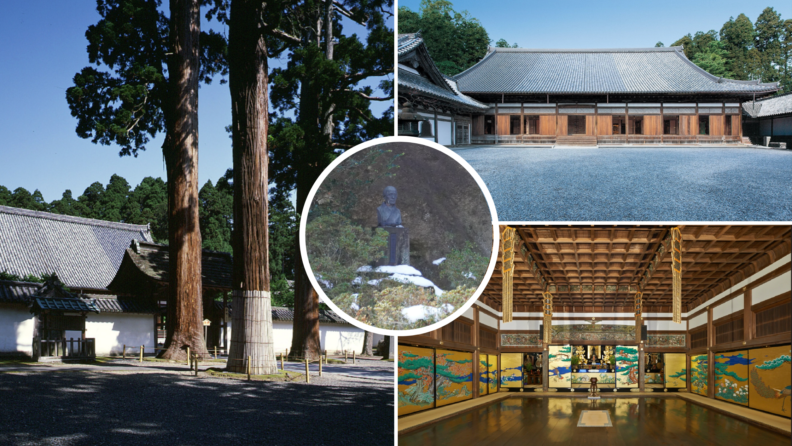 The commemorative statue of Moto Saura still stands in the grounds of Zuiganji Temple today.

The impact of Urakasumi on the development of sake in Miyagi and, indeed, the national sake industry, is also second-to-none. It was during the time of twelfth-generation president, Shigeo Saura (father of current owner, Koichi Saura) that a visit from a Buddhist monk who was curious about the relationship between Zuiganji and the Saura family would inspire the creation of ‘Urakasumi Zen’ and influence the direction of Japan’s sake industry as a whole.

During the 70s, Japan’s sake industry was dominated by larger manufacturers, often buying up local brews and selling as cheaper varieties with added alcohol. At the time, Urakasumi was already producing premium ginjo sake varieties for entry into competition, but there wasn’t yet market demand for their general consumption. In fact, in order to adapt to the taste of sake consumers, Urakasumi found themselves adding alcohol to their competition brews, which Shigeo Saura felt to be a terrible waste. The seed of wanting to create a more affordable ginjo sake had already been planted in his mind when he was visited by a sake-loving monk from Kyoto. The monk was visiting on his way back from Zuiganji Temple, and spoke with Shigeo about how the concept of Zen Buddhism and particularly Zen paintings were becoming popular in France. Shigeo (half-jokingly) suggested he might develop a sake called ‘Zen’ for the monk to take with him to France and promulgate Japanese sake overseas!

The Toji (head brewer) of Urakasumi at the time was Juichi Hirano (see ‘Urakasumi No.12′), successor of the legendary Nanbu Toji Sagoro Hirano, and he bravely took on the challenging task of creating a ginjo sake more affordable and palatable for the current market. Through a careful process of slow fermentation at a low temperature, eventually Hirano succeeded in creating ‘Zen’, a new generation of ginjo sake. Through equally slow and careful introduction to the market, the popularity of ‘Zen’ soon grew by word of mouth, eventually becoming one of the varieties that would popularise ginjo sake in Japan and shift the market focus back to ‘jizake’ regional sakes.

Whilst, in the end, ‘Zen’ didn’t make it to France, thanks to the creativity, skill and passion of Shigeo Saura and Junichi Hirano, it became a pioneer in the domestic market and raised the profile of regional breweries. 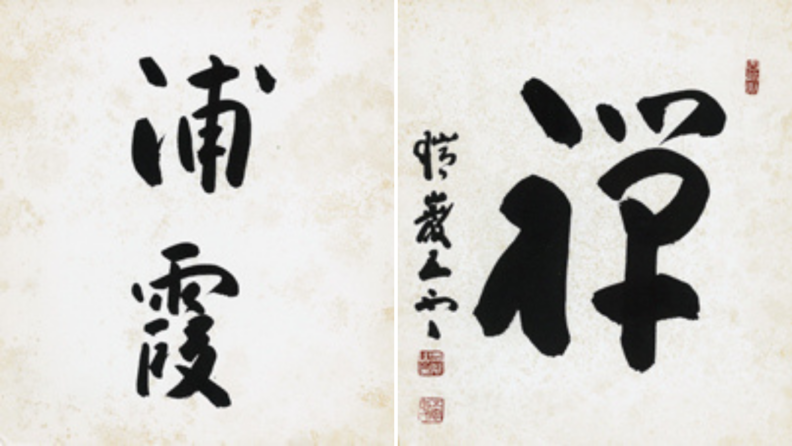 As homage to the close relationship between Urakasumi and Zuiganji Temple, the calligraphy on the label of ‘Urakasumi Zen’ was written by the chief monk of Zuiganji. 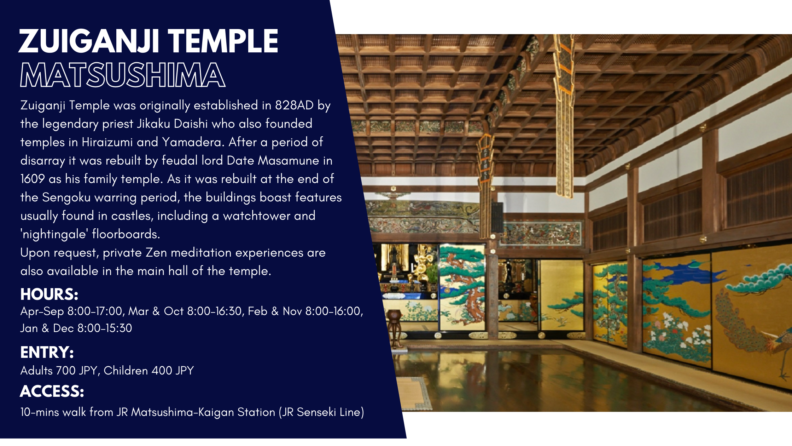 ‘Urakasumi Zen’ is a junmai ginjo, meaning that it does not contain any added alcohol and the polishing rate of the rice is also very high at 50% (for a sake to be classified as a ginjo it must have a polishing rate of 60% or less). These features tend to make ginjo sakes more delicate and aromatic, often with a fruity or floral aroma. Zen in particular is often described as an ‘almighty’ sake that pairs well with a range of foods, but particularly the tuna, oysters and other fresh seafood that Shiogama and the Miyagi coast offers in abundance. 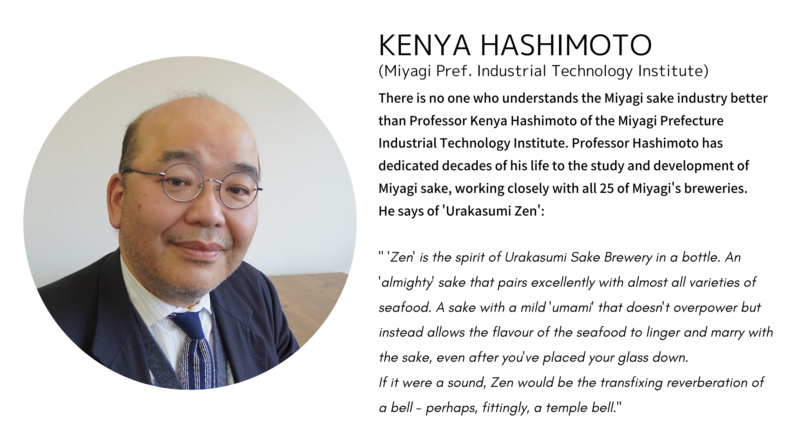 In Shiogama City, there are a plethora of locations to enjoy the local seafood. Not only does the town boast the most sushi restaurants per capita in Japan, but it is also home to two fish markets: The Shiogama Fish Market, where the largest catch of fresh tuna in Japan is unloaded everyday, and Shiogama ‘Nakaoroshi’ Wholesale Fish Market, where chefs and locals alike come to buy the freshest catches of the day from the 90+ fishmonger stalls.

Whether it be a plate of fresh sushi in town or a freshly prepared ‘kaisendon’ (seafood bowl) at the market itself, there is no better way to appreciate Urakasumi ‘Zen’ than to pair with a meal of local seafood. 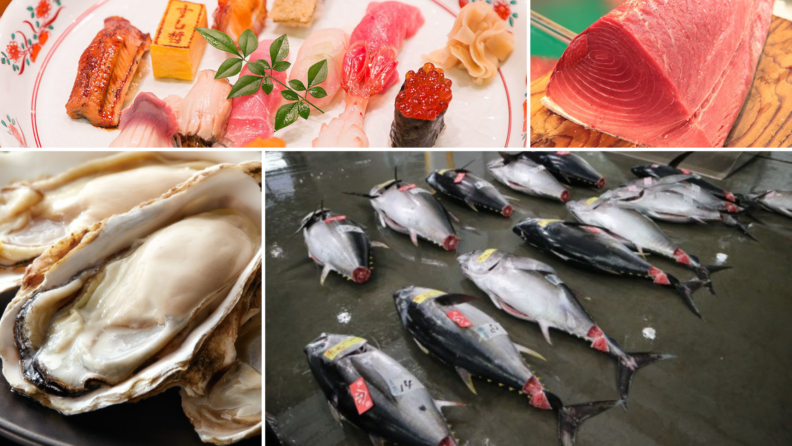 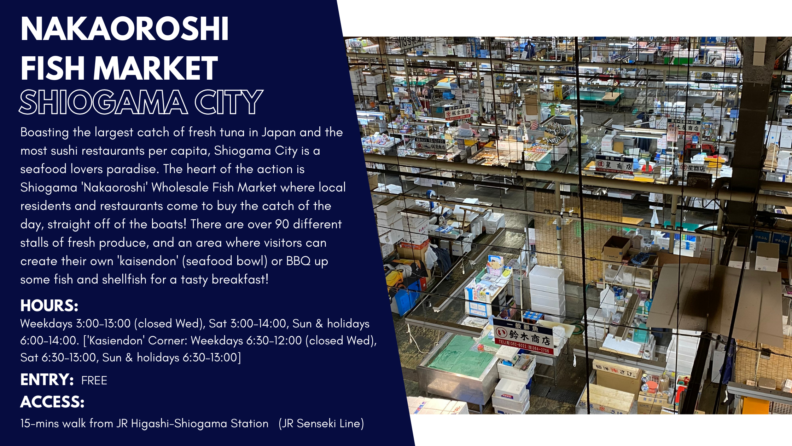 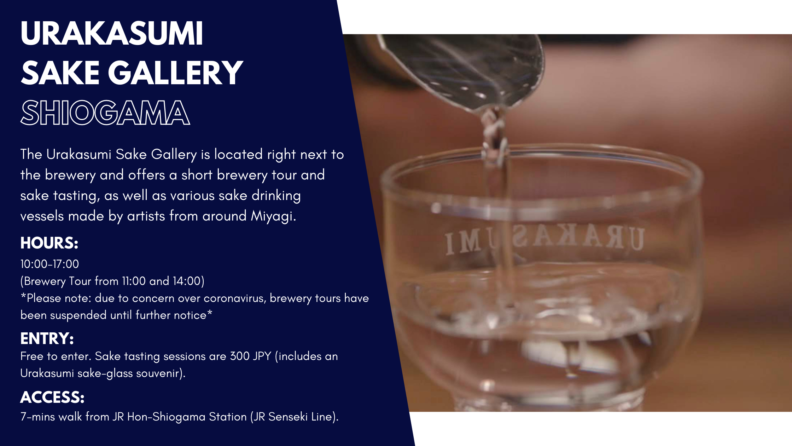 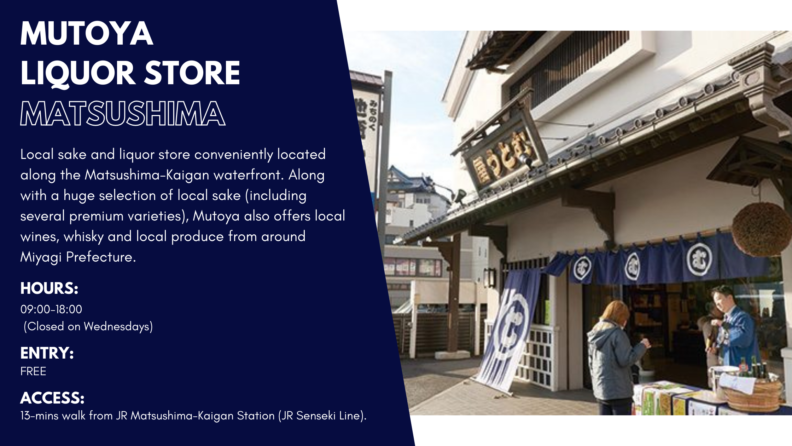